We made this page to list everything that happens today, on May 13th! We collected information on holidays, horoscope and historical events such as celebrity birthdays, inventions, and other fun trivia. Everyday is full of holidays, some funny, some quirky, some serious and some that you should totally celebrate! Look through today’s list and see if anything applies to you and find a way to celebrate or honor it! 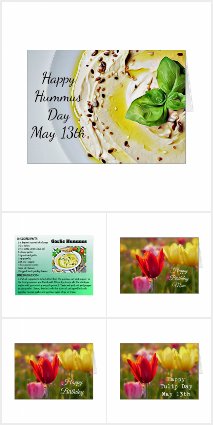 May Holidays
by Lisa Hilton