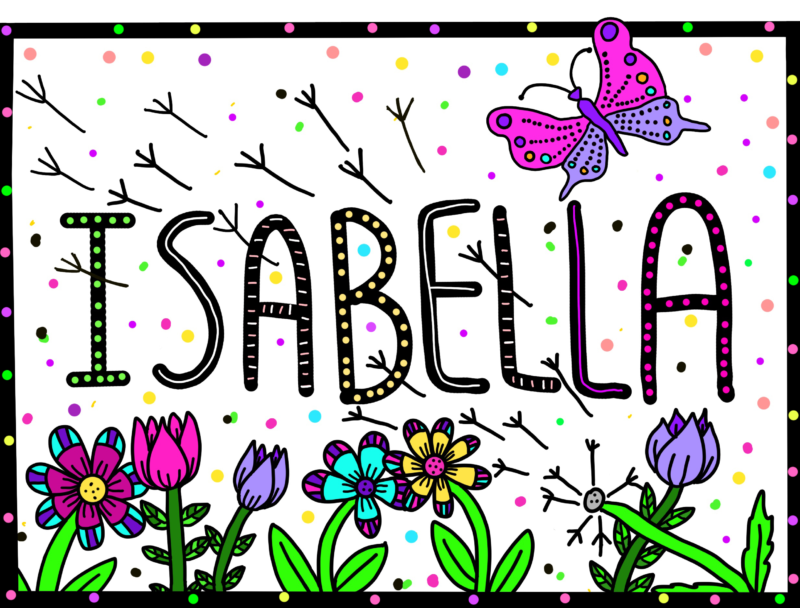 The Origin and Meaning of Isabella

“Isabella is the Spanish and Italian variation of the Hebrew name Elisheba, meaning “God is my oath” or “devoted to God”.

Isabella has been in the top ten names for years.  It is popular in many cultures.

In 2004, it made the top 10, and the #1 spot in 2009. Isabella became even more popular after the movie, “Twilight” came out who’s main character was “Bella Swan.” As of writing this post in 2021, Isabella is 7th on the Social Security’s Baby Names chart.

They all have daughters named Isabella.

Personalized Items with the name Isabella


One Response to "All About the Name Isabella"