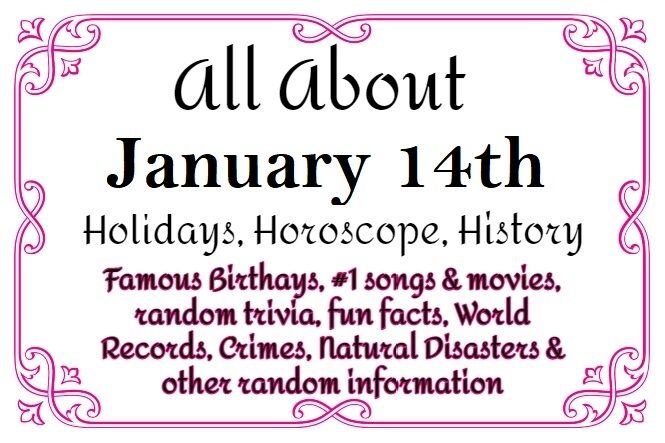 All About January 14th

Hello and welcome to Time for the Holidays! Today we will list the day’s holidays and observations and the history behind them. Then we will list the horoscope sign of today which is Capricorn and it’s traits. Then we will move on to the day’s history and trivia including inventions, world records, celebrity birthdays and some nostalgic trivia like popular songs and music through the years.

Check out what funny silly holidays land on January 14th. 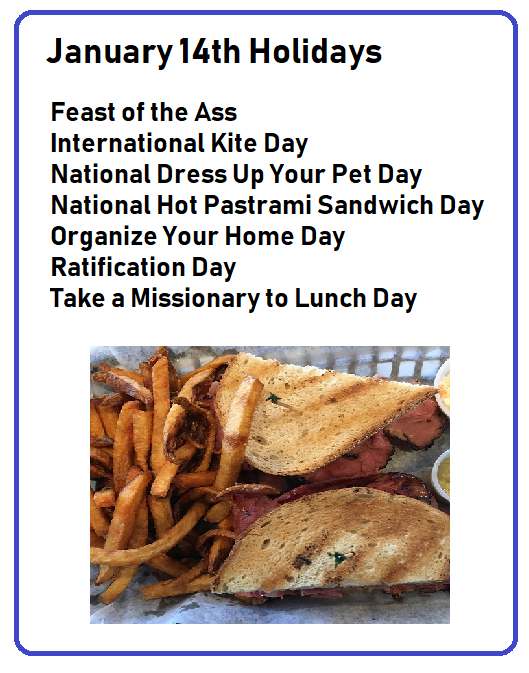