Welcome to Time for the Holidays! Every day is full of holidays that you probably never even heard of. Today we list the holidays and observations or January 2nd. Then we will go on to talk about the day’s horoscope sign which is Capricorn! Next we will list the day’s historical events (good and bad) and random trivia like inventions, popular music and movies, famous birthdays and other fun tidbits! Everyday is full of silly, quirky holidays, along with educational awareness days. Look through our list to see if there is anything you want to celebrate or observer today! Cute for bakeries and restaurant employees and gift bags. 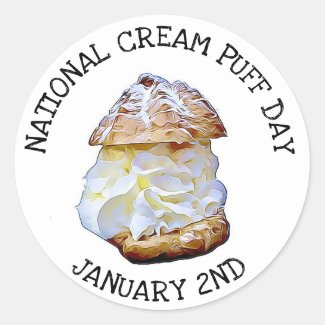