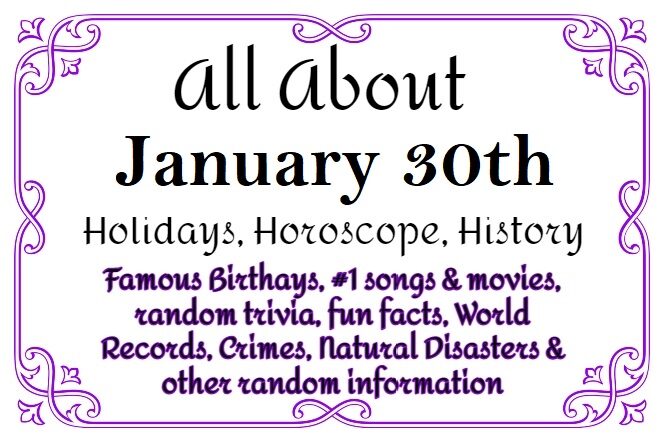 Welcome to Time for the Holidays! Today we will talk about the day’s holidays and observances and the history behind them. Them we will quickly go over the day’s horoscope sign which is Aquarius and it’s traits. Then we will list the day’s historical events, famous birthdays, world records, inventions and other fun stuff related to today. Hope you enjoy and learn something knew!

Everyday is full of things to celebrate or observe. See what is on the list for today, January 30th. Here is a collection of historical events, #1 movies and songs, celebrity birthdays and all sorts or random trivia!