The Case of Travis Walton and a UFO Abduction

On November 5 in 1975  the most famous UFO abduction case happened when Travis Walton, a forestry worker, claimed to have been abducted by a UFO while he was working in the Apache-Sitgreaves National Forests near Snowflake, Arizona. 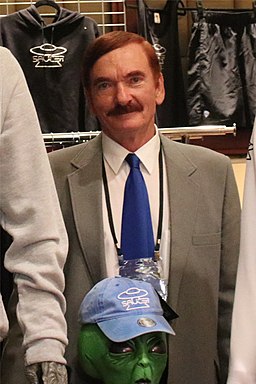 Walton claims that he and six of his coworkers, saw a glowing disc hovering in the woods so stopped to check it out. Walton was curious and stepped out of the truck to further investigate what this was. He says a beam of light came out of the disc and he went unconscious. The other men freaked out and drove away.

The next thing he remembered was walking down a highway with the flying saucer departing above him. He had been missing for five days and six hours. While he was missing his co-workers who had reported what had happened, and were all being investigated for Walton’s murder. All were given polygraph tests and all passed except one in which the test came out inconclusive. You can learn more about this by watching Travis – The True Story Of Travis Walton, or reading his book The Walton Experience or watching the movie based off his experience called Fire In The Sky.